If you want to keep a close track of all the events and matches of the EURO 2012 Football this official UEFA EURO 2012 Application is perfect for you. This application is available for almost all smartphone platforms such as Android, Blackberry, iPhone, iPad and Windows Phone. This app will provide you most of the information you would want. 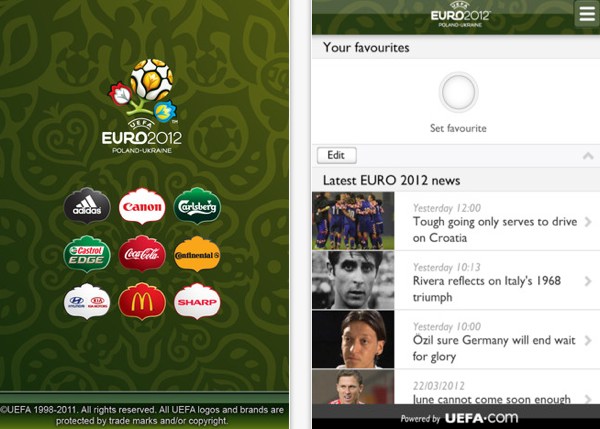 What will you get from this App:

It is is compatible with iPhone, iPad and iPod touch running iOS 4.2 or later and  with devices running Android 2.0 or later 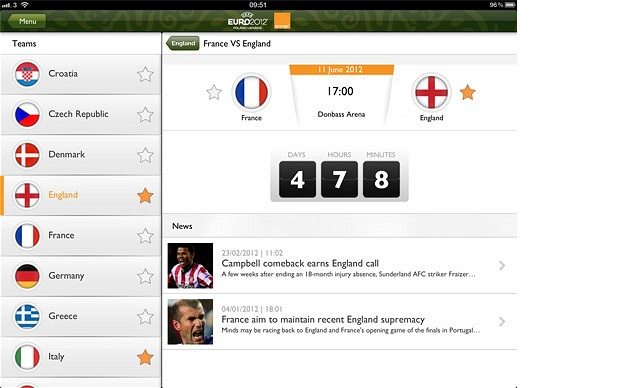